Browly lived and travelled widely in Africa and Europe before coming to study engineering in France in 1998. As far as he can remember, he has always loved dancing and moving his soul to music, whether it’s solo or with others.

Although, he came across West Coast Swing in 2008, it is only during the winter of 2010, that he fell in love with this dance. He could finally fully express what different music styles inspired him. Shortly after, he met Melanie Stocker, with whom he partnered to start teaching and decided to put a hold on his former job to fully embrace this dance.

Thus, began this new adventure with west coast swing: traveling in France and all over Europe, going to many West Coast Swing events, taking workshops, and intensive courses with some of the best known and most respected teachers of this dance. 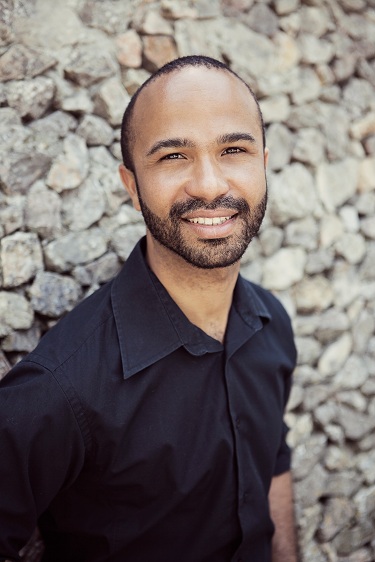 He’s dedicated himself to learning more about West Coast Swing (its basics, the different techniques taught and its evolution) as well as learning how to teach it. More than the theory though, it is about understanding what you do and how you do it, testing whatever you learn or find out on your own during your dance journey. And very quicly he started doing his own researches, questionning everything and being more concentrated on movement and lead and follow skills rather than on the patterns.

Today, making his way in the West Coast Swing community with hard work, perseverance and humility, Browly is not only known for his competition results that brought him to the “All-Star” division and his undeniable social dancing skills. He is also known for his teaching, as a professional whose pedagogy is well appreciated in his workshops or private lessons. He is clear and logical in technique classes and students love how he approaches musical interpretation in the dance. Creating a joyful atmosphere, he not only passes on technique in a simple, efficient way, but also passes on  his strong values of respect for partner, and enjoying the dance. Breaking down  “complicated concepts” into simple ideas with fun exercises makes it easier for students to communicate in the dance. “Dancing is simply for me another form of communication. You need to understand the words expressed through bodies to create and connect a great conversation”.